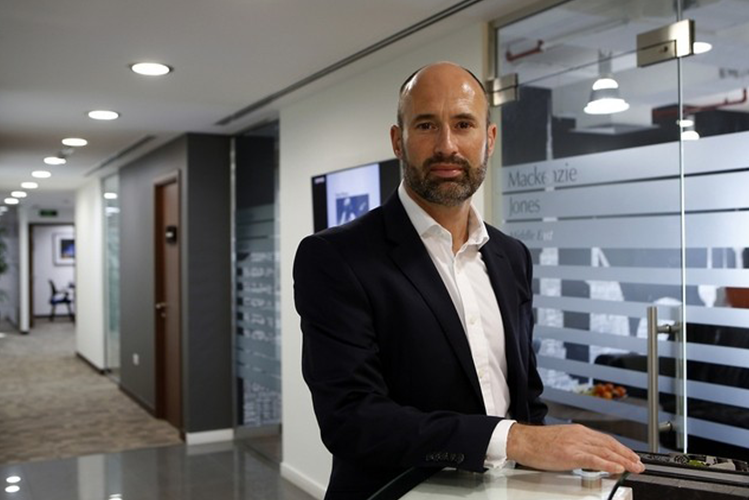 To be honest I had never heard of WEPs (Women’s Empowerment Principles) until a few months ago; however, before I explain why I am a big supporter of WEPs, allow me to give you a brief background about myself. I run the Mackenzie Jones Group, one of the top recruitment agencies in Dubai, UAE. I have been in Dubai for the last 12 years and grew up as an army expat kid in many of the war-torn countries of the world. I am on the wrong side of 40 and have two overly tall boys, but more importantly, I am a passionate supporter of women’s rights and equality in the region.

Why am I a supporter of women’s empowerment – it’s a very simple answer. There should be no difference in pay or treatment of women in the workplace. Their outputs and contribution are equally the same and hence women should be treated the same as their male counterparts.

My DNA has not changed

This drive to support women’s empowerment came from a brief conversation with a friend of mine who is a single mother and an ex-corporate lawyer, but was struggling to get a role in the Middle East. Recruiters and companies were not phoning her back and that included my own company! I tried to explain that she had not worked for four years and that is why people were not contacting her. Her reply changed the way I viewed working mothers and drove me to help make a change. Her answer was clear and came from the heart; my DNA has not changed!

Mums@work, the company I set up as a response, was formed to help mums get back into work through flexible working. A simple proposition that is tough to achieve. The region has changed dramatically over the last 10 years – but we have a long way to go. Brilliant initiatives like #HeForShe and UN WEPS are starting to get traction and companies are beginning to see the chance to equalize the gap between men and women.

The best way for companies to embrace stronger equality in the workplace really starts at the board level. CEOs and business leaders need to see the benefits of doing this and that can only be done through education, awareness and engagement. I truly believe that most CEOs will see the commercial advantages and benefits of gender equality and the untapped potential of hiring working mothers through flexible working.

There are a number of companies that we have seen embrace the potential of working mums like VISA, IBM, APSCO and Virgin. However even some of the biggest multinationals have been slow to recognize the gender imbalance in their workforces. This region has the propensity to change very quickly and I suspect if enough people can push the women’s empowerment agenda at board level, then we will see a notable change for all women in the region.

Companies should get involved in the WEPs initiative as it positions them in a number of ways. Firstly, a focused workforce drawing on the strengths of both male and female leaders will attract the best talent. Secondly, this will affect the bottom line as a more productive workforce is a more profitable one.

Putting the seven principles into practice

The WEPs define seven principles which together form a voluntary framework promoting the advancement of women in the workplace, marketplace and community. These are:

While implementing the seven principles takes time, I personally believe that we’re already making a big difference to the world just by stepping up to raise WEPs awareness and by keeping our commitment to empower women at the forefront of our work, moving forward.

We use cookies to ensure that we give you the best experience on our website. If you continue to use this site we will assume that you are happy with it.Ok